Difference between FCP and Volume latency

At customer they are having some performance issues on Oracle database and we analyzed what is happening on storage system in that time. We didn't find any bottleneck on storage system (disk util, CPU...), also latencies don't seem to be problematic. But when I was reviewing charts generated with CMPG, I found differences between FCP latency and Volume latencies.

As you can see the highest latency is on volume SUN_SAS (even there is almost none traffic), and exceeds 10ms just for short time (black line is average I added to chart): 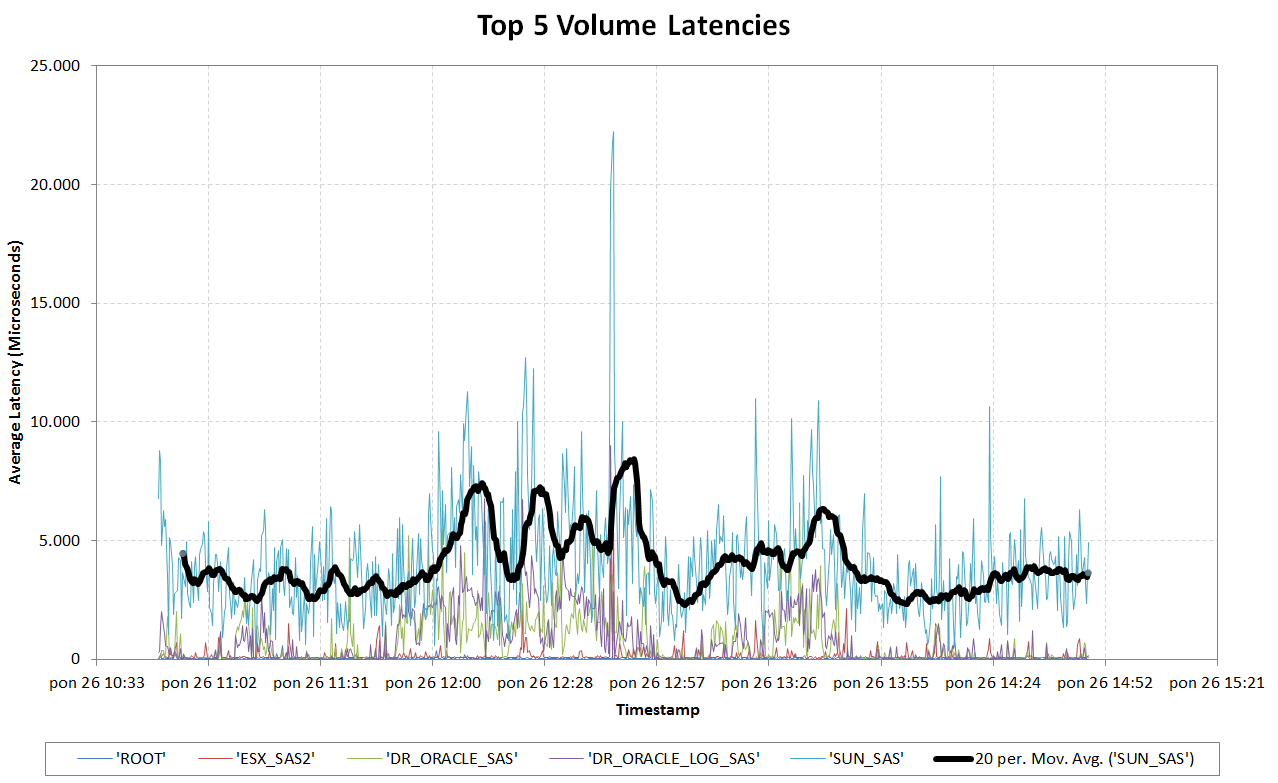 If I look on other chart which is showing overall FCP latencies on system, they grow over 20ms at some point which is on the limit: 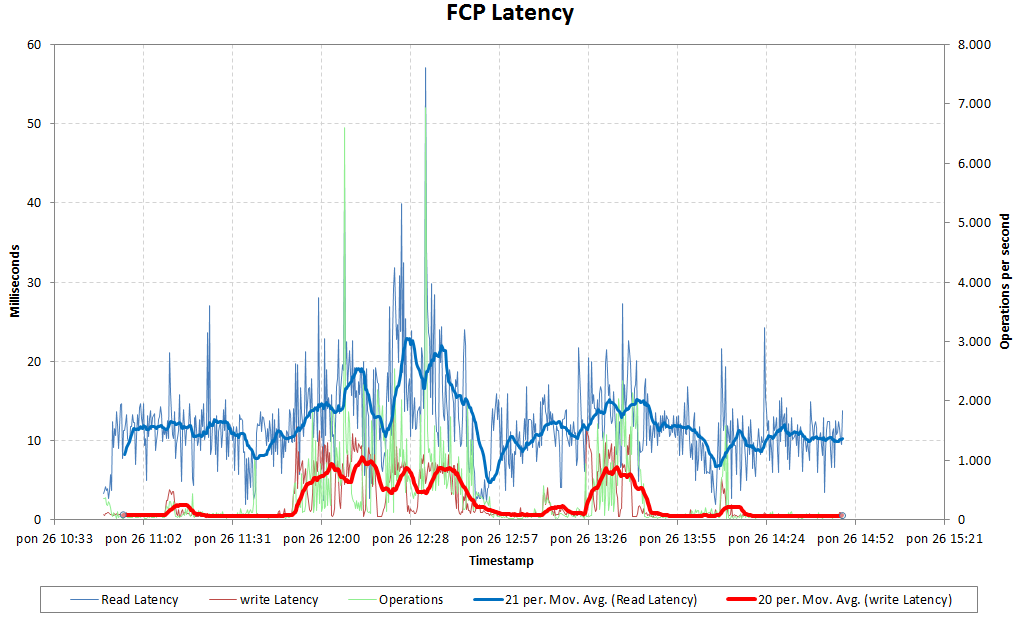 Does FCP latency show sum of all latencies by volume or is there anything else what could be causing higher latencies on FCP (like problem on host side)?

Thank you for your answers. This is confusing me for a while now - even if overall system latencies are not too high, I would still like to know if there is any other component on the system that could be causing latencies.

I am sure someone here have at least some useful information

I have the same type of questions myself.  Can someone describe the difference in how these 2 counter groups get their values?