OpenStack Deployment Doesn’t Have to Be Hard

NetApp has a longstanding history with the open source and OpenStack communities. We've been a contributing member and a summit sponsor in the OpenStack community since 2011. We've released significant amounts of code upstream to provide Cinder drivers and Manila (fileshare service) incubation. And, we're constantly introducing new features and value adds in our contributions to other OpenStack projects such as Manila.

You don't need to download the code from our site; just get it from whoever's providing your OpenStack distribution. Red Hat is but one example.

Because of our involvement in the community, we've been recognized in the OpenStack User Survey Insights, 2014  results as being the number-one enterprise-class storage system used in OpenStack environments. From April 2014 to April 2015, we've experienced: 1) more than 400% growth in unique systems using NetApp storage for OpenStack, and 2) greater than 150% increase in unique customers during that time.

We're also a customer and a consumer of OpenStack, deploying it internally for multiple environments—production, test-development, and engineering. So we're using OpenStack or involved in OpenStack in every layer and in every possibility. And, we've just announced fibre channel protocol support in our Cinder driver.

Think OpenStack deployment is difficult? A confusing, overwhelming mess? You're not alone. Common wisdom says OpenStack is too complicated with too many manual steps. Too many log files to go through to figure out what's broken. And, OpenStack is changing too fast to keep up with.

Thinking like this puts enterprises in analysis-paralysis mode—unable to decide whether to begin an OpenStack deployment, or not. The complexities of OpenStack breed more investigation than implementation. Companies spend more time second-guessing their OpenStack deployment than getting production workloads up and running.

We think there's a better way.

The standardized, validated FlexPod® platform can help speed and smooth the kinks out of your OpenStack deployment.

Now FlexPod has expanded its extensive validated design portfolio to include an OpenStack solution. NetApp teamed up with Red Hat and Cisco to deliver cloud-ready, enterprise-grade converged infrastructure with Red Hat Enterprise Linux OpenStack Platform (RHEL-OSP)—smoothing the way to deploy an open Infrastructure-as-a-Service (IaaS) for your hybrid cloud environments.

Watch this video to see how easy it is to deploy Red Hat Enterprise Linux OpenStack Platform 6 (RHEL-OSP6) on FlexPod Datacenter infrastructure using the RHEL-OSP installer.

The Proof Is in the Pod

We took an existing FlexPod in our Deployment Lab—reasonably spec'ed hardware, not artificially designed infrastructure geared to inflate results for demonstration purposes—rolled it together in a rack, and deployed on it Red Hat Enterprise Linux OpenStack Platform 6, taking advantage of NetApp integrations and enhancements in OpenStack.

Then we scaled up the number of instances in this resulting OpenStack cloud. We started with eight nodes, four of them being computer hypervisor nodes. How far were we able to scale? 1,000 instances? 2,000? 5,000? More? 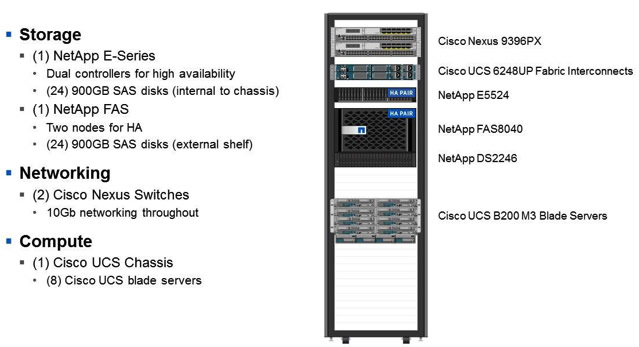 Figure 2 shows how RHEL-OSP on FlexPod  scales in comparison with a competitor's published numbers.

Integrations That Lead to Scale

First, copy offload eliminates the initial network copy from a Glance image repository to a Cinder (block storage) repository. So instead of copying through the network, we clone the first volume from within the storage system itself. It's near instantaneous, and it avoids that first copy through the network.

Second is space efficiency: Our deduplication technology enables common 4K blocks to coalesce into a single block, which translates to serious space savings on the underlying volume holding all of your images. Most of the images in that Glance data store are either renditions or variations of operating systems, so they can share some of the same blocks. Deduplication stores only the deltas between the images stored in the Glance image store.

With other hypervisor platforms—VMware, Hyper-V—we've seen almost 90% deduplication rates. And that's not just internally; that's out in the field.

Map features of underlying NetApp storage let you create classes of service, via Cinder volume types, that are aligned to workloads.

When creating Cinder volumes, you can specify a volume type and give it any name you wish—for example, disaster_recovery, test_development, or transactional_db. The names are arbitrary.

In the case of a transactional database: Suppose you have a workload where the customer specifies that data to be backed by solid-state disks or flash disks in the NetApp storage device. Through the extra-specs functionality in OpenStack, we can create these volume types and associate those extra specs with that volume type.

Whenever a customer uses Cinder and specify a volume type, either through the command line or through the Horizon dashboard, he or she can get Cinder volumes that are created on those back-end NetApp FlexVols. So if you have three different FlexVols with different associated features (for example,, one with deduplication, one with mirroring, one with a NetApp SnapMirror® relationship), whenever the user makes a request for a new Cinder volume, the resulting Cinder volumes will be stored on NetApp FAS FlexVols that meet the defined characteristics of the Storage Service Catalog.

Once a Cinder volume is created from a Glance image, it's automatically cached in the network file system (NFS) image cache locally on the NetApp FlexVol. Future volumes are then cloned—not copied—from this NFS image cache for instant replication without additional storage space. The new volumes share the same blocks as the cached image, and only deltas take up new blocks on the disk.

When you're using NetApp storage for Glance data, rapid instance cloning via NetApp FlexClone® becomes possible—dramatically reducing the creation time for Cinder volumes that are used for persistent images.

Swift object storage takes advantage of the NetApp E-Series storage systems to deliver resiliency and scalability. With E-Series Dynamic Disk Pools, each volume's data, parity information, and spare capacity are distributed across all drives in the disk pool. The intelligent algorithm defines which drives are used for segment placement, ensuring full data protection. All drives are active within the storage system; none are idle, meaning you have no hot spares just sitting there.

This integration delivers major advantages, including:

By default, Swift replicates data three times across the cluster, and the weight of replication traffic can become a limitation to scale; as Swift scales, hardware requirements increase linearly. With E-Series, internal drive requirements for storage nodes are reduced, and only operating system storage is required. The E-Series storage array supplies disk space for Swift account, container, and object data.

Because of our community integration and industry partnerships, we're a leader in developing open source initiatives and in driving collaborative solutions and support for enterprises. The proven FlexPod infrastructure delivers the best of both worlds:

You can build private, public, and hybrid clouds on our data ONTAP and SANtricity operating systems for efficient and scalable services.

By leveraging best practices developed in hands-on engineering validations, FlexPod enables rapid time to value for enterprise deployments. So, if you've been putting off your deployment because you thought OpenStack was hard, think again.

As OpenStack Marketing Manager for NetApp, Brendan Wolfe works closely with developers, product management, alliance partners, and customers to package and communicate NetApp's OpenStack solutions and technology to the market. Prior to joining NetApp, Brendan was an enterprise storage expert for SanDisk and Fusion-io (a SanDisk company).

Dave Cain, a reference architect and technical marketing engineer with NetApp's Converged Infrastructure Solutions team, produces validated reference architectures that promote the benefits of NetApp storage and software into datacenter and cloud environments. Prior to joining NetApp, he spent 10 years at IBM, focusing on network, storage, and virtualization IT infrastructure. Dave holds a B.S. in computer science from North Carolina State University. He has coauthored five IBM Redbooks, and holds two U.S. patents and various invention disclosures in computer networking.

Very nice post on openstack deployment thanks for it .I always like and such a super contents of these post.Excellent and very cool idea and great content of different kinds of the valuable information's.