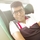 Need to Configure DNS for  Data LIF in DNS server  so In this scenario  Do we need to add only  one Data LIF  or  two DATA LIFS to be added ?

If One Data LIF to be add then How it will be resolve thru second Data LIF ?

Need to implement  CIFS feature Automatic Node refferals with option  " Is referrals entry in CIFS Options : true "  ,  what are the pre requisite steps for this to set option TRUE

First - DNS.  When you have two LIFs for a single SVM, each on a separate node, you generally want to balance the workload for each node.  One way to do this is through DNS.  The basics are to setup two DNS records for the same SVM name, each pointing to one of the LIFs.  You depend on DNS to hand out both addresses in response to queries.  This tends to spread the client connection requests somewhat evenly.

The node that gets the request does all the CIFS work, whether the volume is local to that node or not.  The actual data work to disk (reads/writes) will traverse the cluster backplane if needed.

There are multiple ways to configure DNS - statically, dynamically, etc. - use whatever works best for you but I highly recommend putting both LIFs into DNS to resolve to the SVM name.

CIFS node referral is different and unrelated to DNS.  CIFS referrals does not depend on anything in DNS to work.  What happens when CIFS referrals are active in an SVM is that when a CIFS request arrives at a node, the node determines whether the target volume of the share is located on the same node.   If it is, nothing special happens and the request proceeds normally.  If it isn't, the first node will send a DFS-like referral back to the client using the IP address for a LIF on the node that does hold the target volume.  The client then starts a CIFS session to the other node based on IP address, not name lookup.  So DNS setup, beyond perhaps the original connection, is not a factor in CIFS referrals.

Some caveats on CIFS referrals:

1.  The referral only happens once based on the volume to which the original share is on.  If somewhere lower in the namespace you have linked a different volume within cDot, if that volume is again on a different node no future referral will take place.

2.  Security can be impacted be a referral.  The UNC reference by name is not the same as the UNC reference by IP with certain levels of SMB protocol and security options enabled.  There are KB articles at kb.netapp.com that reference subtle differences in certain circumstances.  This is not likely to happen unless you have specific security options enabled in your overall environment.  I mention it only because if you do have such options, it could be a nightmare tracking down why a referral isn't working.  I apologize that I don't have a direct reference off hand - just something I remember reading in KB's in the past few months.

I have been reading up on both Automatic Node Referrals and on-box-DNS.  Since you mentioned they are 2 separate topics can they both be implemented for the same cluster?