I am performing an upgrade for cdot mentioned above. Yesterday, netapp support as part of the ongoing investigation regarding quotas event issue, had re-initialized the quota. The support personnel didn't realize that its going to be scan on the entire volune and with tons of thousands of files, it is taking ages to progress. After 2 full days it is still at 6 %, after the support consulted with senior, he said he was looking at his lab qtree re-initiaze timings and hence he made that assumption.

Anyway, as part of another investigation around ZAPI calls being dropped, we are advised to perform ontap upgrade.

Can someone advise if its ok to perform ontap upgrade while quotas are initiazlaing (scanning) ? and after the takeover giveback will it start from where it left ? 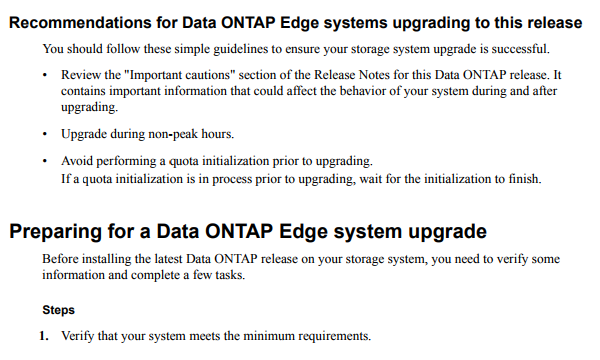