Is it possible to convert cluster form switched to switchless on FAS8300.

I am using FAS8300 switched for volumes move.

After data migration, I need to convert switchless mode.

Did any one have experience ? 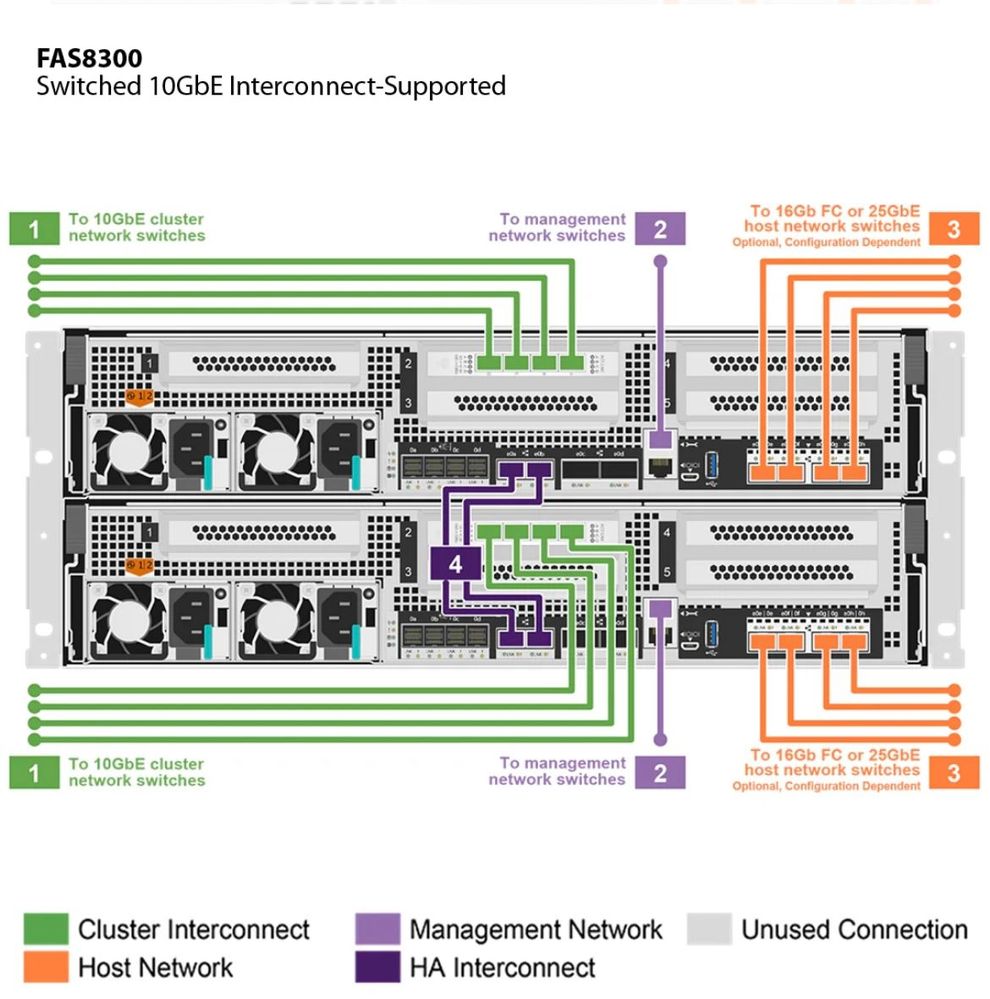 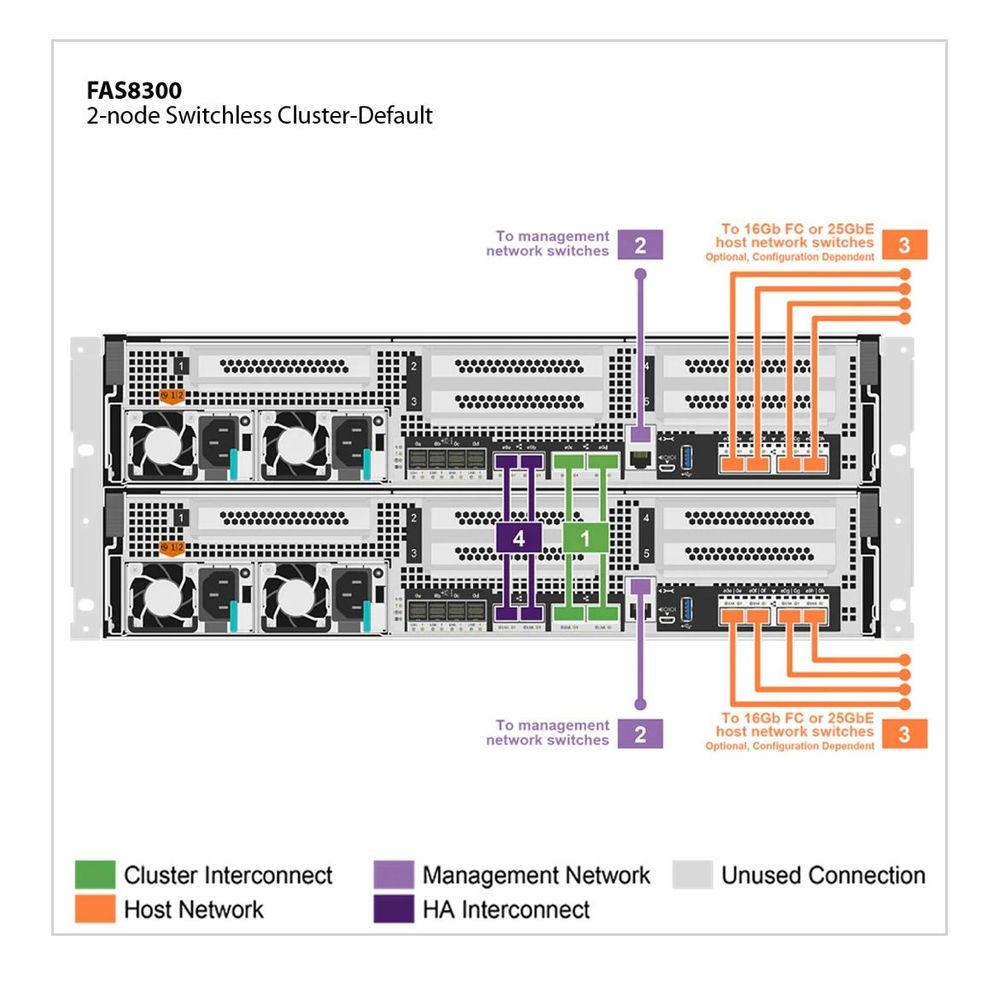 But first, you need to check if the switchless option in the filer is enabled, using the following,

::*>net int show [check all clusters lifs are on their home ports]

::*>system autosupport invoke -type all -node * -message MAINT=4h [if the system is under support, with this command we will suppress case creation during 4 hours while you are working on the convertion]

::*>net int migrate -vserver Cluster -lif [ both e0c lifs from both nodes, just on at a time]-destination-node [node 1 or node 2, depends on what you choose before in the lif migration section] -destination-port[e0c,e0d, it varies depending on which lif you select before if you select lif 1 resides on e0c, migrate to e0d node 2]

then you grab the QSFP28 cable [100Gb] and plug depends on the migration you did before, if you migrate all lifs from e0c, just cable directly to each other, [because the traffic that was there now is running on e0d port ]

then after cable, the QSPF28 cable on the e0c port or e0d depending on your selection before, we check the port reachability is up and running, which the following command,

::*> net port show [should be displaying the following]

the cluster ports recently connected to each other should be displaying as up and 9000 jumbo, the after checking the port health is good, we migrate the lifs migrated to the home ports [phisically connected e0c to e0c], after that, you check the health of the lif with the command ::*> net int show should displaying as home, then after you do the same with the remaining lifs migrate to the ports physically connected each other and do the same procedure, then after migrating and checking everything is working as expected, you should be good

Let's check the doc probably can clear some of the doubts

The document link quoted above is solid - we've executed this a couple of times to go from switched to switchless.  It's a live migration that does not require downtime - you'll be doing one path at a time so you'll lose redundancy during the window.

There are 4 links for switched.

Quick question is this a for-node cluster? looks like it is

In this case you NEED to open a support case. There are diagnostic commands that should be run to verify. The details are locked into a support only kb article that cannot be shared.