FlexPod and ACI: A Perfect Match

New all-flash configurations give your FlexPod deployments even more flexibility. Get the latest news on all-flash, ACI, and more from these two recent blog posts:

The Microsoft private cloud helps you move beyond virtualization to a true cloud platform. In July 2014, NetApp released a FlexPod design specifically for Microsoft Private Cloud. A design incorporating ACI is in the works. 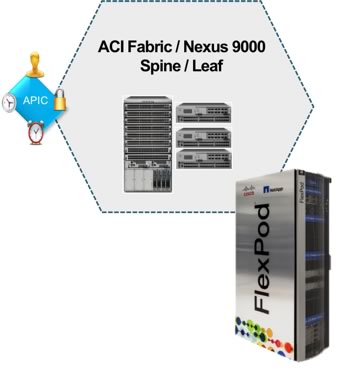 This article provides a short introduction to ACI, explains how it fits with FlexPod, and details the FlexPod with ACI roadmap. We’ll be rolling out a number of Cisco Validated Designs (CVDs) in coming weeks to help you transition from your current networking practices and take full advantage of ACI. We’re also adding custom workflows for OnCommand® Workflow Automation.

ACI provides a network architecture that is extremely flexible, scalable, and resilient. It is designed to support software-defined IT and cloud, while providing a migration path from your existing Nexus network infrastructure.

In software-defined networking (SDN), the data plane is separate from the control plane. ACI takes SDN a step further, viewing network provisioning and management from an application perspective. ACI accomplishes this with two key components:

When the Nexus 9000 is updated from standalone to fabric mode, it retains its data plane function, while the APIC steps in to perform control plane functions. The APIC is completely removed from the data path, performing only control and management. The fabric will still function if communication with the APIC is lost. The APIC is delivered as an appliance. Three or more instances of the APIC are required for availability and performance.

The FlexPod with ACI architecture, including leaf and spine switches as well as an APIC cluster, is shown in Figure 1. 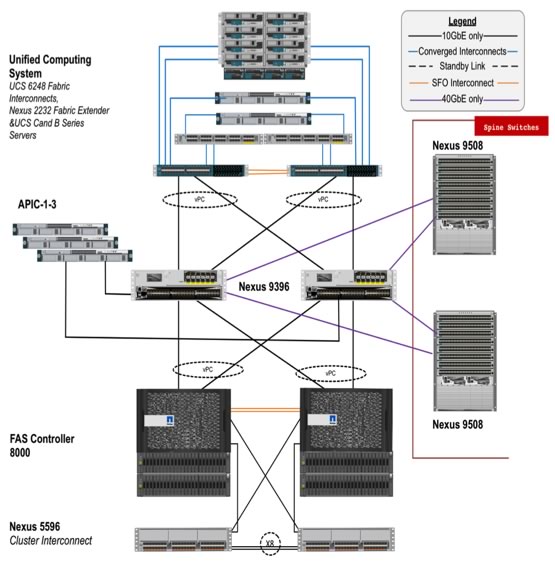 Figure 1) The physical layout of FlexPod Datacenter with ACI including both spine and leaf switches as well as Application Policy Infrastructure Controllers (APICs).

The ACI fabric is designed to support application connectivity. Both enterprise applications and in-house applications can share the same dynamic infrastructure. Software applications are defined as logical constructs within the APIC. This application-oriented approach to policy simplifies operations. Rather than thinking in terms of network constructs such as VLANs, subnets, and firewalls, you define a network policy in terms of application tiers, security requirements, SLAs, and so on. 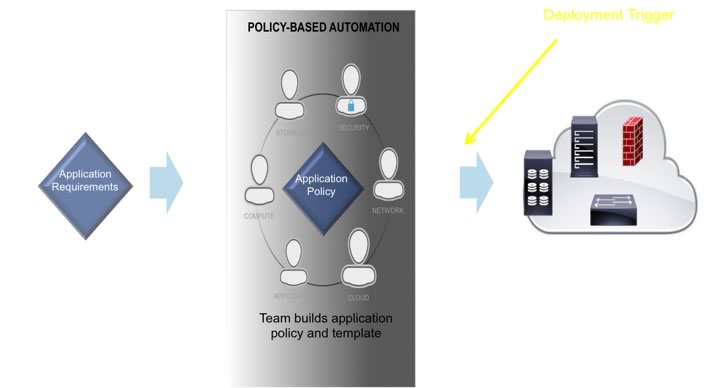 Figure 2) With ACI, your application's network requirements become an Application Policy that can be saved and applied to your network infrastructure as needed. 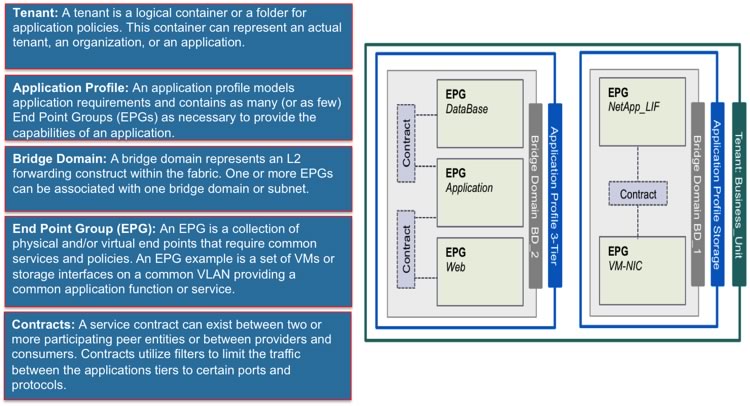 Figure 3) Application profiles are mapped to FlexPod infrastructure, resulting in the proper configuration of network services to meet the needs of the application.

The combination of FlexPod with ACI is perfect for business-critical applications and cloud deployments, bringing enhanced automation and management through a software-defined data center approach.

Cisco ACI amplifies the benefits of the UCS servers and FAS8000 storage used in FlexPod with:

The base storage configuration of the FlexPod with ACI solution is a two-node FAS8000 HA pair running clustered Data ONTAP. For scaling, you can add storage capacity to an existing HA pair, or scale-out by adding more HA pairs to the cluster.

NetApp and Cisco are working together to deliver complete and well-defined ACI solutions for FlexPod. Detailed design guides describe the necessary FlexPod components and the overall architecture. Each design guide is followed by a detailed deployment guide that gives prescriptive steps on how to configure the infrastructure.

We have two design guides to help you deploy FlexPod with the Nexus 9000 operating in standalone mode. These designs lay the foundation for future ACI deployment with FlexPod and help you prepare for transitioning your data center to ACI:

The full release of Cisco ACI just occurred in August. The following design guide was recently published to allow you to take advantage of fabric mode operation. It includes a description of an ACI design for a simple e-commerce application:

We also just released a new design guide for the deployment of Microsoft SharePoint with ACI:

Look for a full schedule of additional designs coming throughout the fall and winter. These will include Microsoft® Exchange, as well as other popular enterprise applications. We’ll also be releasing a Fast Track design for Microsoft Private Cloud.

In the initial designs, ACI management is performed through the ACI graphical interface or command-line interface. Another design guide is being developed for FlexPod ACI and UCS Director for end-to-end application orchestration. The APIC exposes a REST API for network management integration and orchestration. You'll be able to apply the orchestration concepts from the forthcoming design guide to other existing designs.

If you’ve been reading Tech OnTap awhile, then you know that OnCommand Workflow Automation (WFA) is an automation tool that allows you to create and re-use storage workflows for provisioning and managing storage services. You can read more about WFA in two previous Tech OnTap articles: SDS: Get On Track With The Latest OnCommand Tools and NetApp Cloud: Storage Services for the Private Cloud.

Cisco ACI delivers network performance, scalability, and software-defined management that makes it perfectly suited for dynamic business environments and cloud. Adding ACI to FlexPod Datacenter makes FlexPod even better suited to serve the needs of these environments. Our strong roadmap of solutions will make it even faster and easier to deploy and provision critical applications and infrastructure.

For the latest FlexPod developments, keep an eye on the FlexPod and Converged Infrastructure Community Page.

As a key member of the FlexPod product management team, Mark is focused on new Cisco technologies including ACI and InterCloud. He has been at NetApp for 5 years and has 25+ years in the software and se rvice provider industries, leading the development of both software and data center infrastructure products. Mark holds a BS and MS in computer science as well as an MBA from Duke University.

Was this article helpful? Yes No
2 Kudos

Please alsoa dvcie the market share of FlexPod vs Vblock?