Excuse me if I am posting at incorrect place or an invalid/stupid question, I am a rookie here.

I have setup an ONTAP 7.6.3 ( I know it's a bit older version, however would like to use it because of it's simplicity to work with) on a virtual (ESX 6.0) RHEL6 server.

There are three NICS :

I am getting a consistent connectivity to eth0, however lot's of packets drop observed (ping requests getting timed out) with other two as soon as the filer is active

(Not to mention, I can't browse the CIFS shares as well as).

If I reboot the RHEL host and does not run the simulator at all, I am getting good connectivity with other two NICS as well.

As I suspected that some configuration settings on filer might be causing the issue, I tried changing the cifs.tcp_window_size to 64240 & 8387700 (default was 17520) and rebooted the filer.

The connectivity appeared to be good for some time after that and it dropped again, was not able to browse CIF shares in any case. 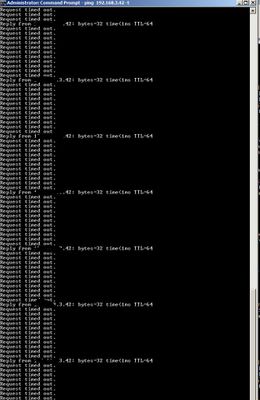