In the previous Episode#3 of blog series, you would have experienced hands-on with ONTAP REST using Postman.

In this fourth episode of blog series, we will look at the resources available for ONTAPI (ZAPI) users to take the transition path to ONTAP REST APIs, which would be the primary external facing API for long term.

Starting with the ONTAP 9.7 (released at the end of 2019), new features and enhancements from ONTAP are available only through the ONTAP REST API for automation. With the current ONTAP 9.10.1 release (January 2022), ONTAP REST covers most of the use cases in the spectrum of ONTAP management, such as NAS and SAN provisioning, data protection, security, and automatic ONTAP software and firmware upgrades.

We have developed a tool to help our customers and partners to transition from ONTAPI (ZAPI) to ONTAP REST API. This tool consists of three python scripts, covering three different use cases.

The following table describes the scripts.

Note: Python 3.7 or higher is required to run the scripts.

To install the scripts

This command installs all the required dependencies. 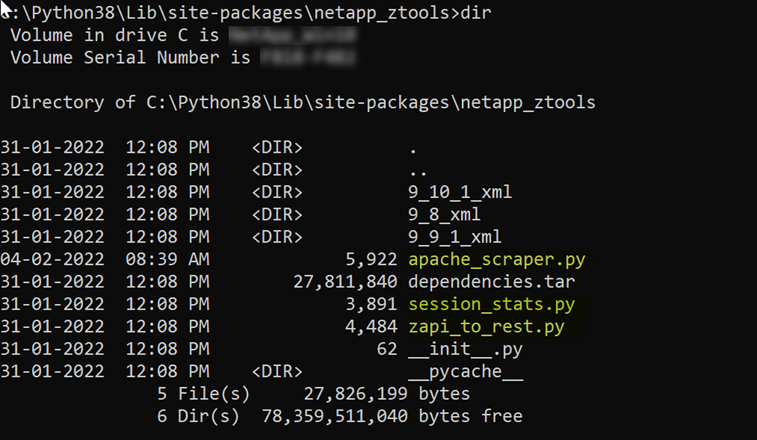