My name is Marcin and I work as system administrator.

I have created for tests one RAID10 volume group from four 10k SAS disks, and one 800GB volume on it which is assigned to ESXi hosts (vmfs6 datastore). Jumbo frames (MTU 9000) are enabled on iSCSI Interfaces.

Please tak a look at iSCSI tests from Satntricity

and my first synchronization 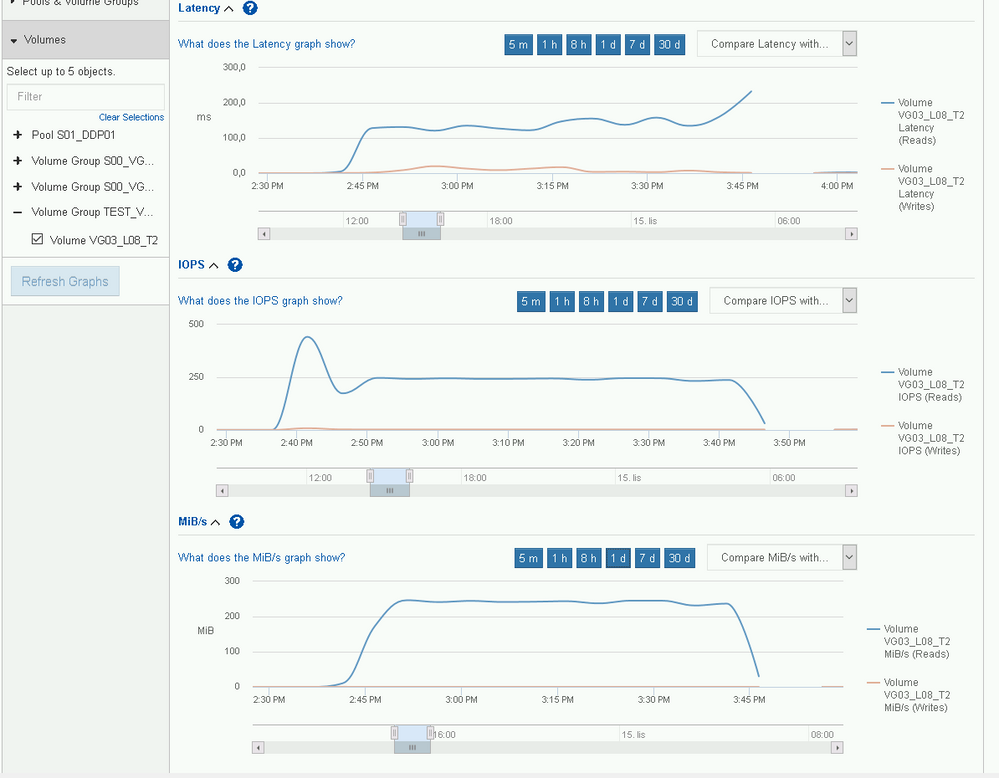 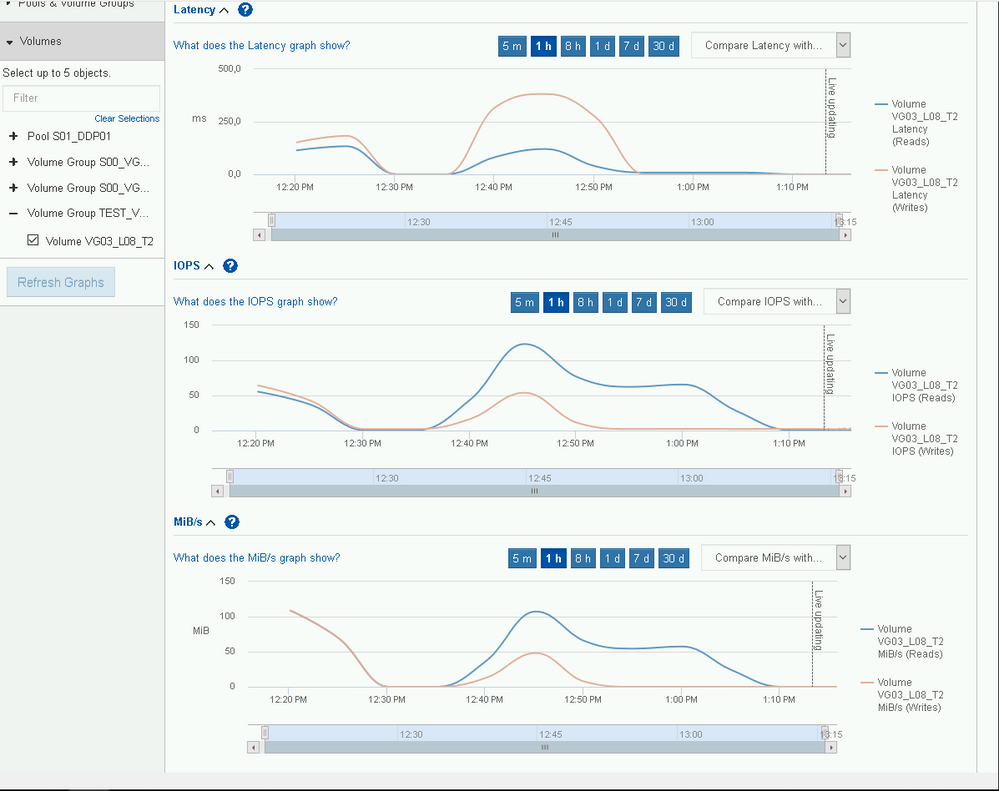 Throughput is low (low IOPS). Tests results are worst as I expected.

In simple calculation I have about 500 IOPS from four 10k SAS drives at 4KB block. It gives me throuhput at 2MB/s

As I read from latnecy chart avg IO size iz 700KB, so based on IOPS chart (70) it gives me about 50MB/s througput - as it is on first manual resync charts ...

But why on initial synchronization on the same volume i had:

What determines the IO size in replication job?

Will it be the same (or near) if I add more disk to my volume group (lower latency->more IOPS->better throughput)?

I have made some test on SSD based volume (2 disks) and results are quite different. 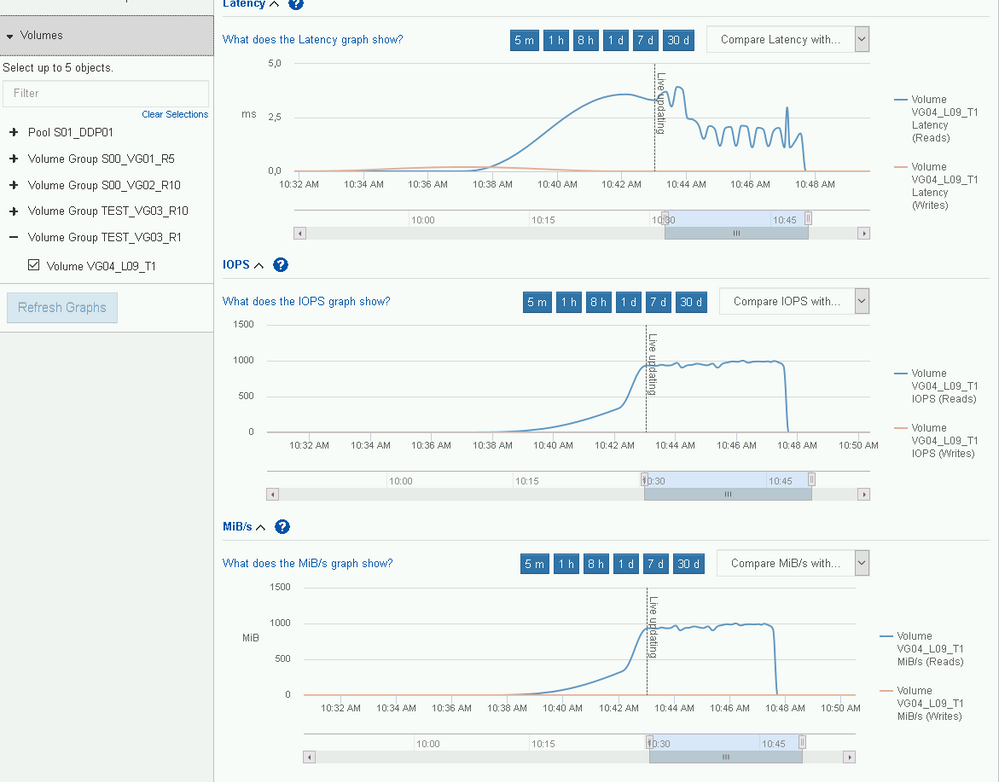 As you can see, with low latency avg IO size was 1M, and at 1000 IOPS I can utilyze whole 10G link. So there is no performance issiues on link, and storage array (controller).