The previous blog post in this series looked at how private CLI passthrough can be leveraged in NetApp® ONTAP® REST. This post looks at 5 magical features that make your storage infrastructure automation so simple. 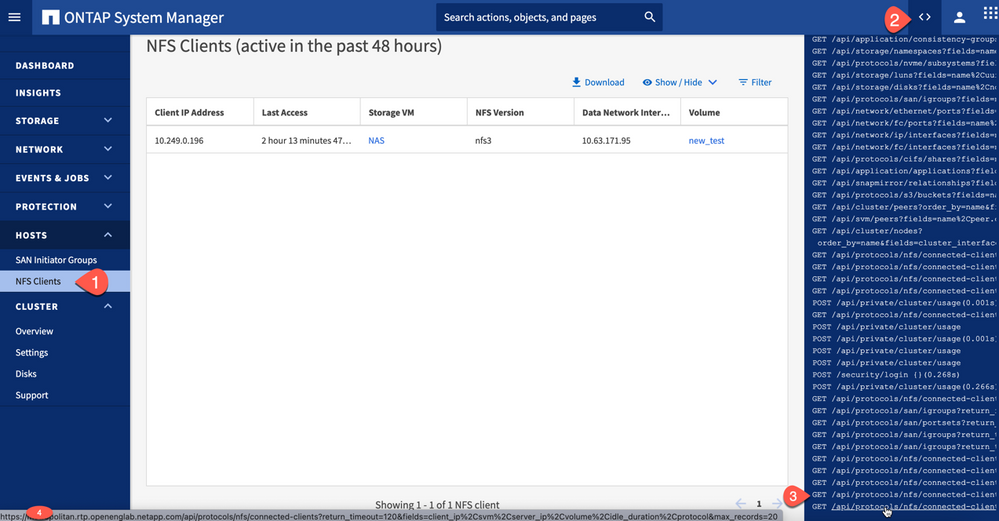 We have developed a tool to help our customers and partners transition from ONTAPI (ZAPI) to ONTAP REST API. This tool consists of three Python scripts, covering three different use cases.

The following table describes the scripts.

Note: Python 3.7 or later is required to run the scripts.

A CLI command can be executed as an ONTAP REST API call. Yes, it’s true.
Users can execute even advanced and diagnostic mode CLI commands to get advanced attributes per use cases. This option is also helpful for customers and partners to address the existing ONTAPI to REST APIs attribute-level gaps in completing their automation journey.

Magic 4: Real-time performance metrics up to a year for numerous storage objects and protocols

ONTAP REST offers performance metrics such as IOPS, latency, and throughput for various storage objects such as storage virtual machines (SVMs), volumes, LUNs, qtrees,  and protocols,  and also at the cluster and individual node levels.

Performance metrics can be retrieved for hour, day, week, month, and up to a year.

To help our customers get started with ONTAP automation, NetApp provides Ansible playbooks that work seamlessly with ONTAP REST and ONTAPI calls. We also  provide a client library for Python consumers and 70+ Python sample scripts for ONTAP day-0, day-1, and day-2 automation use cases.